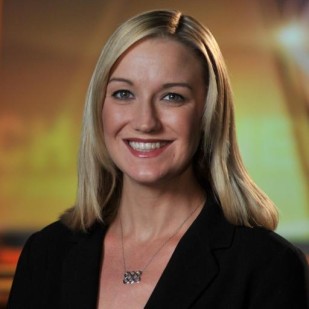 Renie Workman was born in Cherry Point, North Carolina to a military family.

As a military “brat,” Renie has also lived in Virginia, California, Hawaii (she was quite the hula dancer!), Maryland and Tennessee.

Despite growing up in six different states, Renie and her family returned to Luzerne County every year to visit her maternal grandparents in Swoyersville, so Renie has always considered northeastern Pennsylvania her second home.

Renie graduated from Bolton High School near Memphis (she’s been to Graceland many times!) and chose to return to Pennsylvania for college. She has bachelors degrees in Broadcast Journalism and Spanish from Penn State University.

Renie spent a semester in Orlando, Florida as an intern in the Walt Disney World College Program and also studied abroad at the University of Salamanca in Spain. She traveled throughout Europe and counts Poland as one of her favorite countries visited, where she ate pierogies for three straight days!

Following graduation, Renie interned at WNEP TV and is thrilled to be living in NEPA and part of the Newswatch 16 team. Renie enjoys reading, traveling and cheering for her beloved Nittany Lions football team.