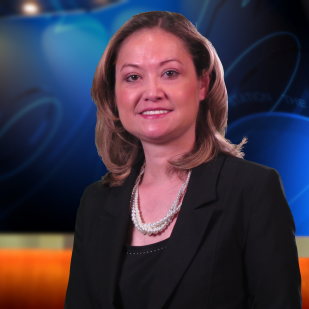 Peggy Lee WNEP
Peggy Lee joined the Newswatch 16 Team in October, 2008. While she is thrilled to be living and working in Northeast PA, she is certainly no stranger to the area. With family Scranton and the Poconos, Peggy has spent much time playing in the mountains.
Peggy Lee comes to WNEP after spending two years at WJZ-TV, the CBS affiliate in Baltimore, MD; before then Peggy worked in the country’s southeast region, reporting on the crime beat in Savannah, GA at WJCL-TV.
Peggy began her news career working on the assignment desk at WCAU-TV in Philadelphia after two internships in the New York City market. The first day of her second internship was September 11th, 2001, a day she will never forget.
A New Jersey native, Peggy received a bachelor’s degree in Journalism from Rutgers University in New Brunswick.
On her days off you can find Peggy at the library, at the gym, or just out with friends and coworkers at WNEP.