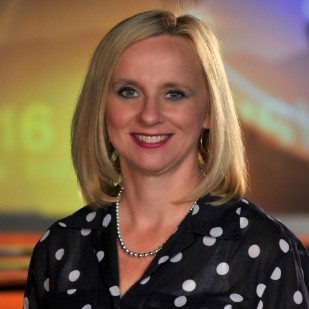 Jacqueline Lewandoski was born and raised in northeast Pennsylvania. Her family resided in Duryea where she attended grade school with her brother. Jackie graduated from Seton Catholic High School in Pittston, and went to King s College in Wilkes-Barre where she earned a B.S. in Communications. She later a received a Master s Degree in Human Resources from the University of Scranton.

Jackie began her career in broadcasting working as a Master Control Operator at WVIA-TV in Plains. Shortly after, she was hired at WNEP-TV as a weekend camera operator. Then she took a position in the promotion department and became the Promotion Manager.

Jackie began working on the WNEP s Home and Backyard program in 1994. She and her husband David came up with the idea for the show. Jackie resigned from her Promotion Manager position in 2002 and currently works as an on air host for local programming at the station.

She enjoys gardening, reading, decorating and spending time with her family and friends. Jackie resides in Lackawanna County with her husband and son.