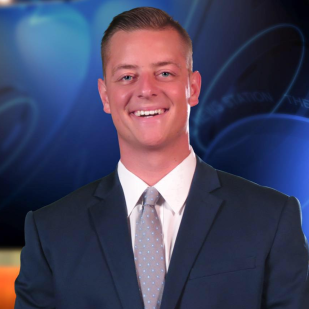 Chase Senior joined the Newswatch 16 team in September 2017. He’s a multimedia journalist, reporter and podcast host/producer covering news and sports across Northeastern and Central Pennsylvania. Chase’s podcast, ‘The Chase Down Podcast,’ launched in June 2019 and covers a wide variety of topics from sports, to mental health and overcoming life’s challenges. You can find all of his podcasts at WNEP.com/TheChaseDown.

You can find Chase covering Penn State football throughout the Fall and doing feature stories on inspiring athletes throughout this region. He also spends a lot of time covering news in Schuylkill County.

Chase grew up just outside of Philadelphia in West Chester and graduated from Temple University with a degree in journalism. Previously, he worked in Springfield, Illinois as a sports reporter, multimedia journalist, sports radio co-host, update anchor and podcast host/producer for Channel1450 and Sports Radio 1450. He also has experience as a play-by-play announcer and color commentator.

Chase is excited to be back in his home state of Pennsylvania and is proud to serve such a loyal and passionate audience. Chase is a die-hard Philadelphia sports fan and in his free time, enjoys being in the great outdoors, listening to podcasts, working out and spending time with his family and friends.

Don’t hesitate to send him an email with story ideas at Chase.Senior@WNEP.com.