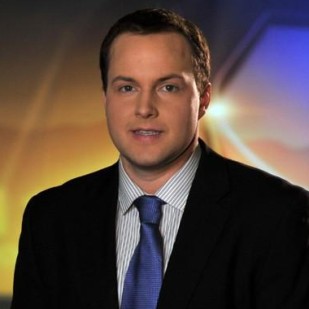 As a native of the northern tier, Bill Wadell is excited to return to NEPA as a reporter based in the Wyoming Valley Newsroom in downtown Wilkes-Barre.

Born and raised near New Milford, Bill attended Blue Ridge High School and contributed to the crime beat for the Susquehanna County Transcript.

After packing his bags and moving 350 miles across the state, Bill attended classes at California University of Pennsylvania, where he spent plenty of time as the executive editor of the Cal Times newspaper, as well as reported and anchored the weekly student newscast CUTV NewsCenter.

Splitting the difference after graduating, Bill relocated to State College in 2009, where he spent three years as a reporter and fill-in anchor at the Centre County bureau for WJAC-TV.

While working in Happy Valley, Bill covered crime, courts, dairy farming, the emerging Marcellus Shale natural gas industry and travelled with the Nittany Lions to Tampa Bay for the Capitol One Bowl in 2010.

During his final year in State College, Bill was on the frontline as the Jerry Sandusky scandal quickly surfaced and unraveled, leading to the arrest and trial of the former defensive coordinator.

Bill also covered the firing, death and public memorial of legendary head football coach Joe Paterno, as well as the lingering fallout on the University Park campus and in the neighborhoods surrounding Penn State.

Over the years, Bill has also interned at WBRE and WIVT in Binghamton, NY, as well as spent some time as a freelance multi-media journalist for HSTV in Uniontown, PA and freelance videographer for WPXI in Pittsburgh.

Bill is thrilled to return to NEPA, catch up with old friends, live closer to his family and make the Wyoming Valley his new home.